ITW: Mo Gawdat, tell us about your career and how did you come to create a movement to make one billion people happy…

I spent the last 11 years of my life working at Google. I started emerging markets for Google and opened almost half of Google’s offices globally. Then, I moved to Google[x], where I was the chief business officer until February 2018.

That’s, if you want, my corporate career. But what I’ve also assumed as my personal mission, was to write a book that was published in March 2017 and became an international best seller called Solve for Happy. The book was the conduit to achieving a personal moonshot mission to make 10 million people happy.

The mission went better than expected. In the first few months we had reached a hundred million people. So, the target was taken up a notch. We’re now aiming for a billion happy.

Onebillionhappy.org is an organization that I founded that is attempting to deliver a message of happiness to a billion people. And that is the reason why I am leaving Google. To dedicate the rest of my life to #onebillionhappy.

I’ve been fortunate enough to be in a position where I learned so much in my corporate career but also to have the ability to dedicate more and more of my time and resources to making this a reality. It’s probably the biggest mission I’ve ever assumed and might actually be one of the biggest missions that humanity needs today. 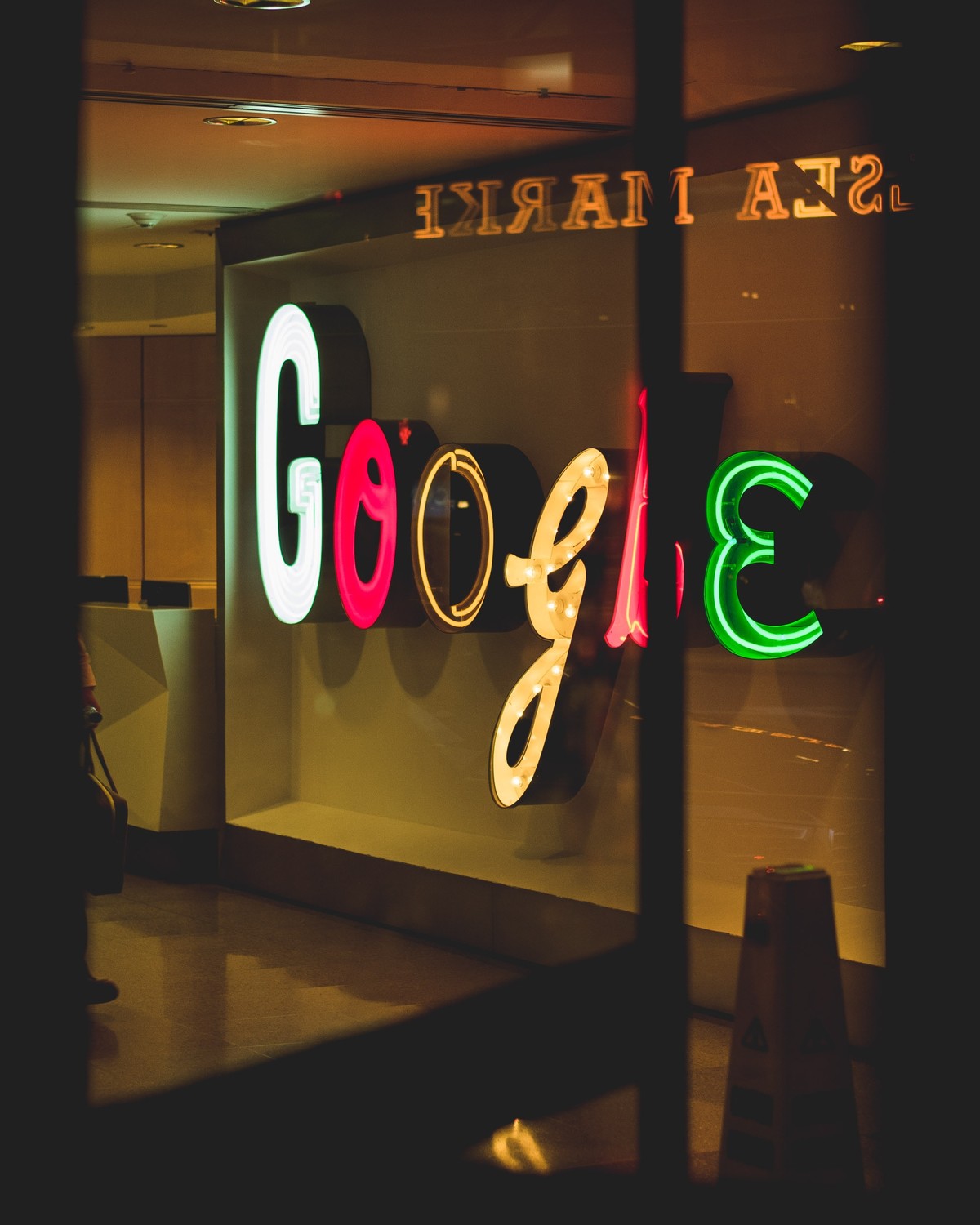 ITW: What has Google taught you?

In my view, Google is one of the companies that truly made a massive difference to the world through technology. Google[x] is the moonshot factory, the innovation factory of Google, where we invent things like self-driving cars and do a lot of work on robotics and many other technologies that have a significant impact on our world. In the last four years, I’ve managed to work closely on building technologies that are ready for the real world. I’ve really lived at the heart of where the cutting edge of technology is.

A moonshot is what JFK did when he decided to announce: “We’re going to put a man on the moon.” At the time, he actually did not have the technology to make that happen at all. So, a moonshot is committing to solving a specific problem before you really realize, or before you really know, that you actually can make it happen. Then, you look for breakthrough technology. You look for radical solutions to make that happen. That’s what we do at Google[x].

The thing I loved most about Google[x] and about Google actually is what Larry (Page) used to call the toothbrush test. It’s what I admired most about Google in general was that constant commitment to solve a problem before we earned the right to make commercial benefit from it. The idea was to solve big problems and the side effect was to be commercially successful. It’s the idea of “if we do good, good will come back and commercial success will come back”. I think that’s surprisingly a concept that we built civilization on. A shoemaker back 100 years ago did not start with a spreadsheet. He started with a good shoe. In a very interesting way, we’ve stopped doing that. We started to focus on the money, on our own greed, on our own benefit. I hope that somehow, as part of our value system, we try to change our attempt to making the world a better place as the target, and becoming successful as a result, not the other way around.

ITW:   Is that why you decided to focus on happiness and write about it?

The other half of my life dates back to 2014, when I unfortunately lost my son. That triggered me to do the most unexpected thing, which was to write a book about happiness. The book was released in March 2017. Solve for Happy became an international best seller. It received very positive feedback from many countries around the world, translated into 28 languages. The book was really the core of a mission: my attempt to honor my son’s way of living and make 10 million people happy. The mission got off to a great start. Some of my videos became super viral online. We’ve reached at least a hundred million people with the message that basically says your happiness is predictable. There is a solid engineering model that you can apply every time you feel unhappy, so you can get back to your default setting of happiness. Within months, the 10-million-happy mission was overachieved. The team working with me on the mission decided to take the target up a notch. They pushed me a little. We ended up with one billion happy. 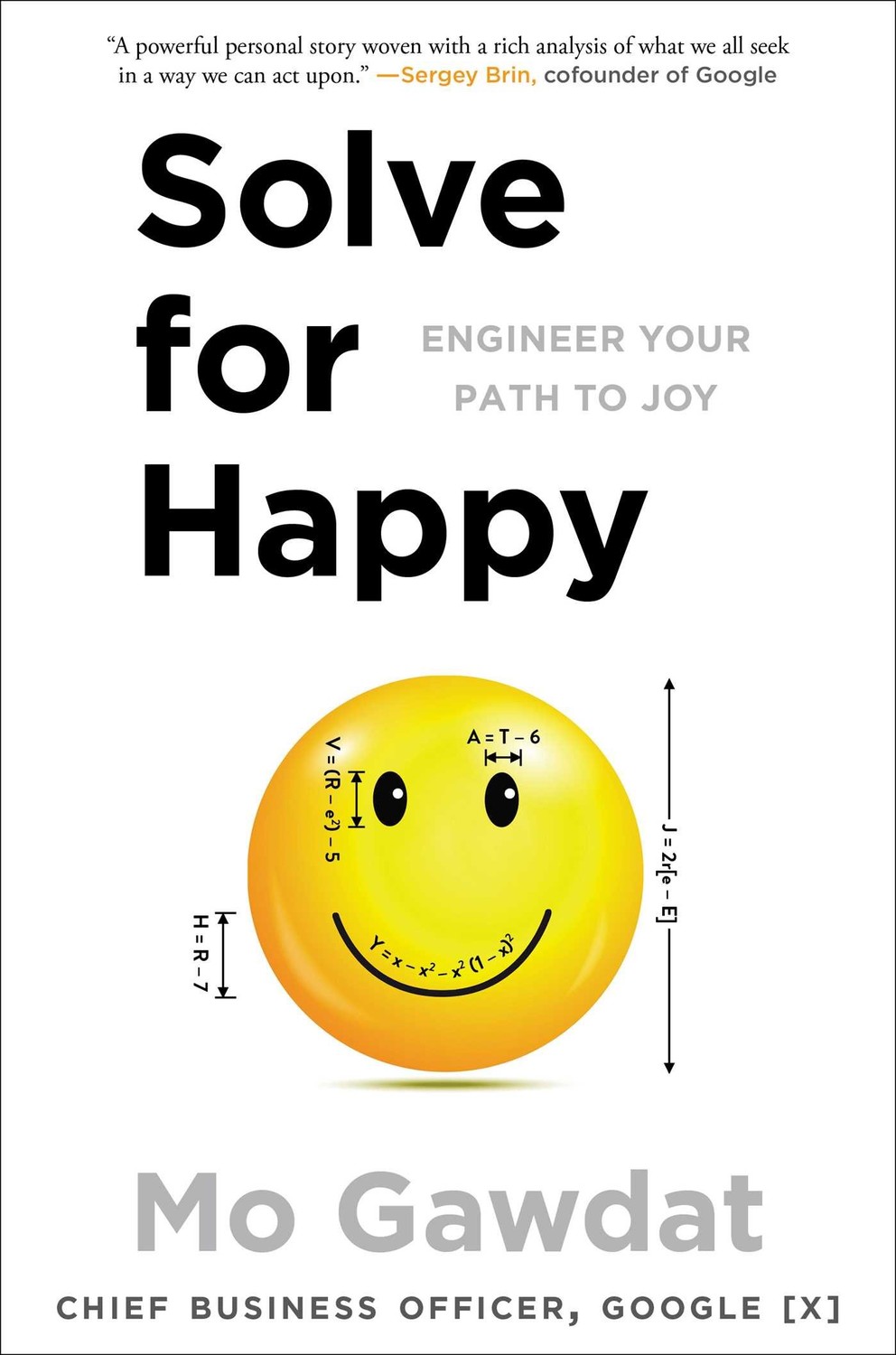 ITW:   Isn’t that setting the bar a little high?

A billion, however, is a very interesting target when it comes to the topic of happiness because we are at an era of human evolution. Meaning we really have to tilt the scale from where we started 75 years ago, pre-World War II, where our value system became so centered around competitiveness, greed, success, and so many things that have propelled our civilization to where we are today but have made us unhappy.

ITW: What do you mean by an era of human evolution?

Humanity has never had a better life. Our life expectancy is better, our quality of life is better, but we’ve never been unhappier. One of every four people in the modern world today is clinically depressed. The antidepressant industry will reach $18 billion next year. Teen suicide is at an all-time high. All of that unhappiness truly is a global problem that affects a billion people or more. These are facts that we cannot ignore. We really have to start changing our value system to one that provides the promise of a happier civilization.

ITW: Why are we so unhappy?

We’re so unhappy because we believe in the illusions of the modern world. We believe that unhappiness is the price that we need to pay to succeed in this world. We believe that the only correct path to go through life is to prioritize things other than our happiness. If you prioritize brownies and cheesecake, don’t expect to be very fit. It’s not a defect in your genetics. It’s a choice that you make.

Our unhappiness is not the result of having less. Our unhappiness is a result of believing in a value system, an illusion that’s been portrayed to us by the modern world. After World War II, we’ve gone through so much harshness that most of us have prioritized success and started to look for what I call the insurance policy. We told our children, “I don’t care if you’re unhappy. I just want to make sure you never go through harshness again. You have to go to school and try really hard and do things that you don’t like. Hopefully, within 27 years, you’re going to find happiness.” How smart is that? We believe in that value system. We believe in all the illusions that the modern world gives us. The illusion of thought, the illusion of control, the illusion of time, the illusion of fear. All of them. 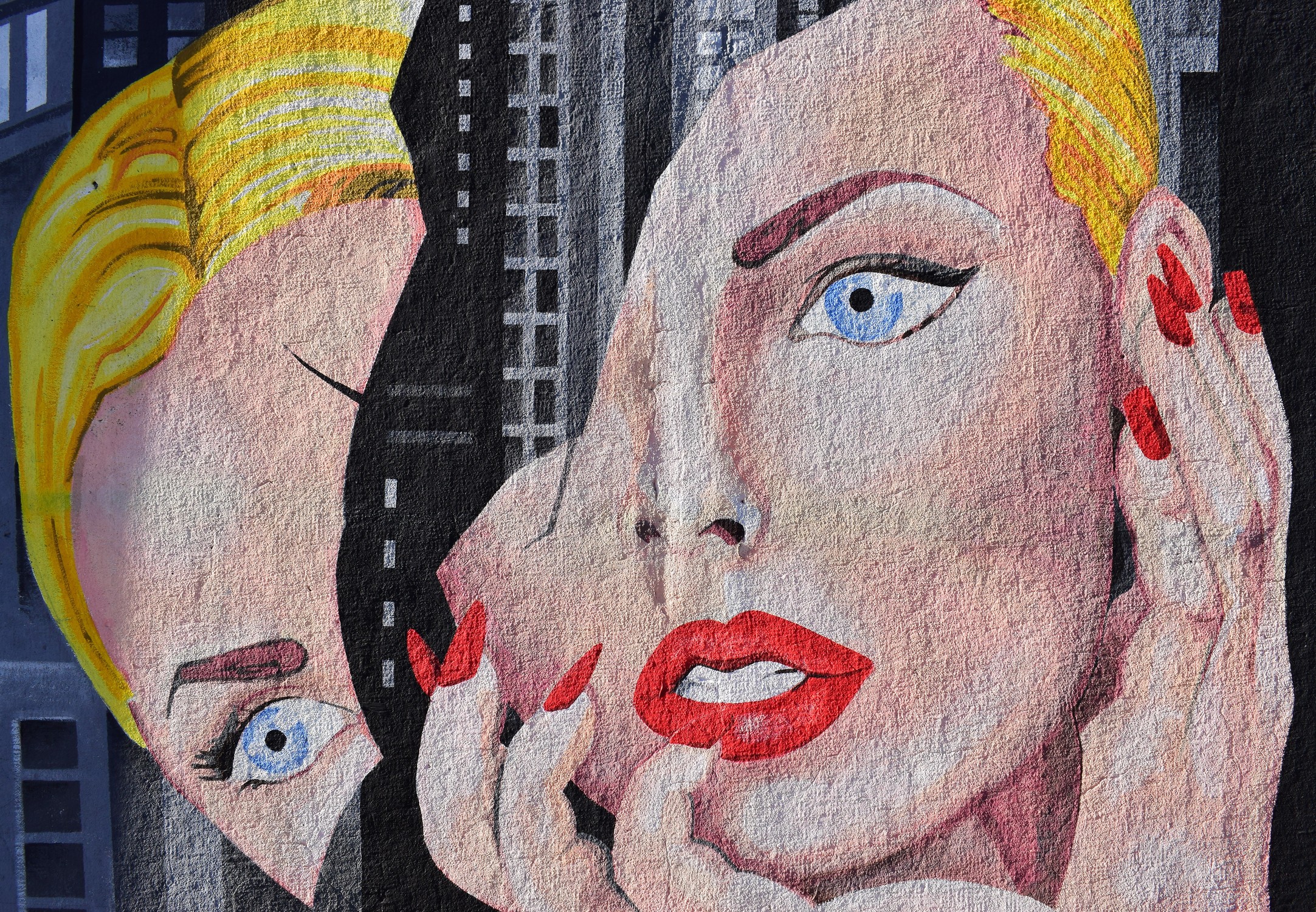 As a result, we’re constantly unhappy. It truly is a human error. If we correct our value system, if we see through the illusions, we will find happiness again because happiness has always been there inside us. We just need to remove the illusions to remove the unhappiness.

ITW: Is that the goal of Onebillionhappy? Help people remove the unhappiness deeply entrenched inside them?

This movement is highly needed in today’s world because happiness is no longer a luxury. We need to ensure not only our happiness anymore but our success as a species to continue forward and to use the new technology to build the world that we need, not the world that we fear. 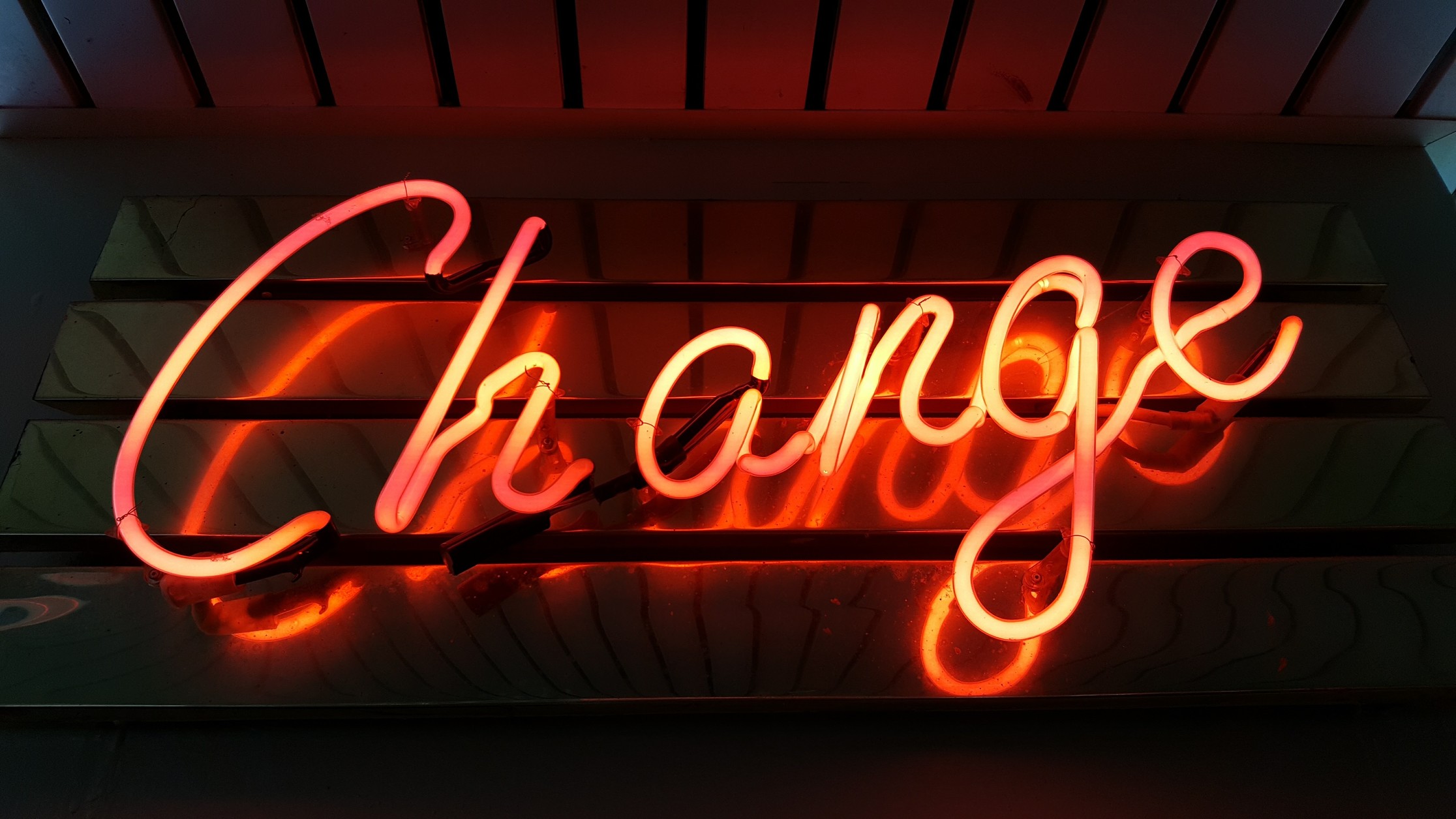