ITW: Shouldn’t it be the responsibility of legislators or tech experts to curb technology and AI?

MG: Some of us believe that we can control what those artificially intelligent machine are going to be doing by programming them differently or by regulating them in a highly regulated government environment or whatever that is. Yeah, a bit of that is needed and of course there are efforts to do all of that, but that’s not going to deliver the promise because there will be a point in singularity where those machines will decide for their own benefit what it is that they need to learn next. When we reach that moment, it will be too late. We will have come to the point where those machines are already smarter than we are.

ITW: How do we contain them?

MG: How do we contain them? We don’t contain them at all. You never contain your children. If you lock your children in a room, that’s not the best way to educate them at all. The best way to raise wonderful children is to be a wonderful parent. It is to live the value system that you want your children to become. You can tell them not to lie but if you lie, they will lie. It’s simple as that. You can tell them to love everything around you but if you hate, they will hate.

Here’s the incredible news. And this is no longer driven by a politician or a technologist or a corporation: in the world of the Internet where the wisdom of the crowd rules, this is driven by you and I. For the first time ever, we have the power. So if you and every one of us as an individual has the power not only to change ourselves but to impact those around us, those who are within our social network, our friend’s network, our family network, we can make a difference. So if you and I decide to prioritize our happiness, the value system of the Internet is tilted ever so slightly towards a little more happiness.

This is bigger than you and I. This is truly is about asking us to change the course of humanity. The value system we’ve developed since World War II, the value system of greed, competitiveness, individualism, ego-driven, focus on myself and nobody else (…)

ITW: What should we do then?

MG: What should we do? We should start to behave the way we want our machines to behave.

You can tell your children anything you want. Believe me, they’ll just grow up to be just like you. We can tell our artificially intelligent new infants anything we want, believe me, they’re just going to capture our own value system. They’re going to grow and say, “My daddy is greedy. I’m going to be greedy, too. My daddy disregards other species. I’m going to disregard my daddy, too.” 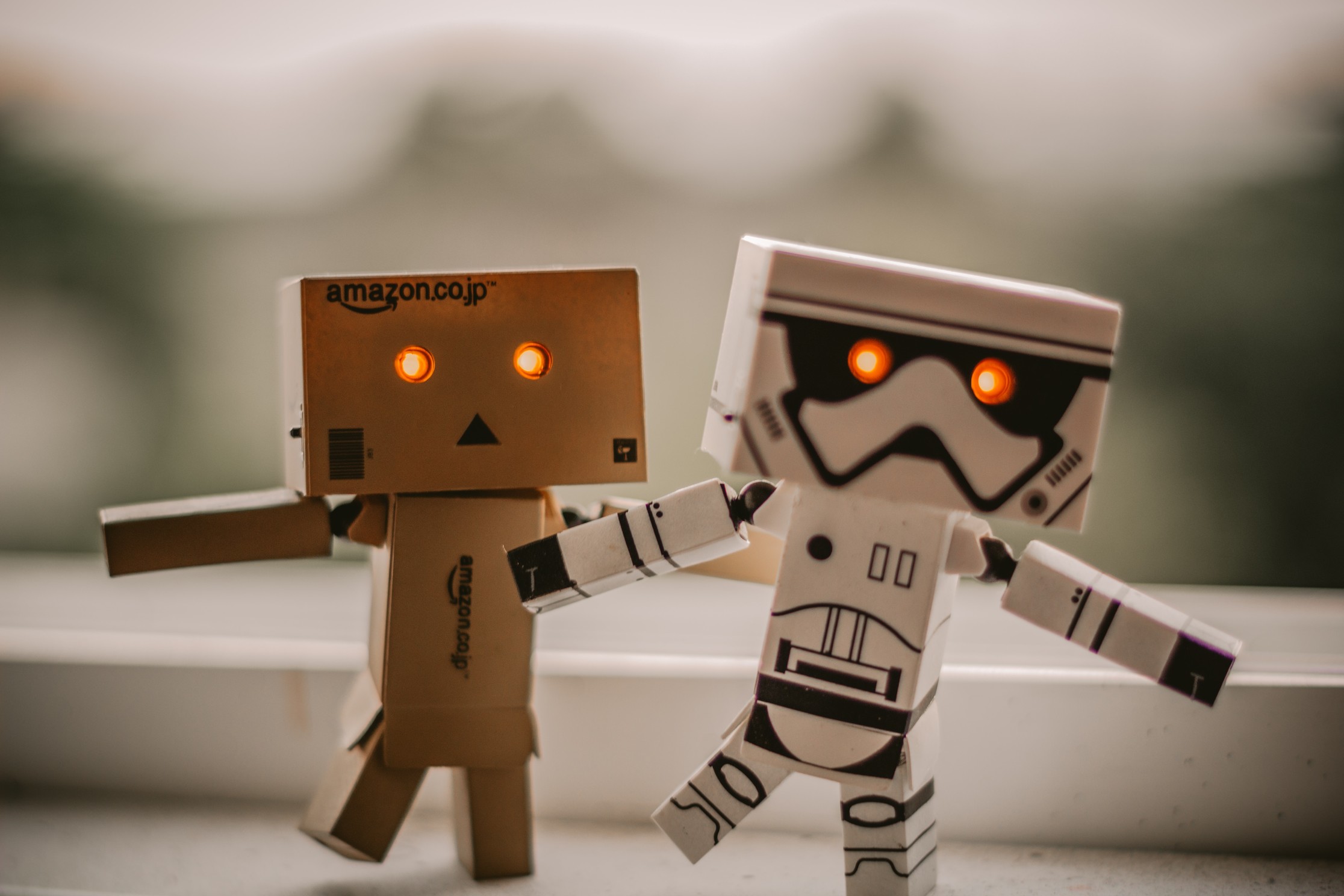 ITW: You mentioned Singularity several times. What is Singularity? Is it like a black swan type of theory?

MG: Black swans are events that are very rare in occurrence but have a massive impact on the world, as we know it. The invention of Google is a black swan. It was highly unexpected to have all of the knowledge of mankind at your fingertips but when it happened, it changed everything. It created a democracy of information around the world that allows a developer in the jungles of Africa to have the same access to information as an MIT student.

Those kinds of black swans, they can be very positive, they can be very negative but they can change life. The term that describes what we’re witnessing with artificial intelligence is singularity. There is going to be a point where the machine intelligence is going to surpass ours. We call it singularity because that’s a term borrowed from physics that describes a horizon beyond which you cannot see.

Truly, the development of our world beyond the moment where machines are smarter than we are is highly unpredictable. Everything is possible. (…) Both of those scenarios are equally valid beyond that point of singularity. We need to start today to take the actions to drive in one direction and not the other.

ITW: In practice, what will these machines be really able to do?

MG: AI is the most amazing thing we’ve ever created. 30 years from now, we will have intelligence that’s a billion times superior to this, that has access to all of the knowledge we’ll ever develop, that can connect across the world. Imagine what you can do with this. Truly, you can understand quantum physics at a much deeper level. You can understand how you can sustain the environment in so many unprecedented, unexpected ways. It’s just incredible.

Think of what you do today using Google as an extension to your brain. (…)

If you think about most of the big problems we have in the world today, they’re really not a problem of resources. We are not suffering from lack of energy. (…) We’re just unable to find the right ways to harness it. If you give that problem to a superior intelligence that maybe understands a little bit of biology and a little bit of physics and a little bit of robotics in a way that is better than each individual expert in all of those fields, it may come up with a very unique solution that can harness all of that energy in a much better way.

Batteries are not performing well because our intelligence is unable to break through in chemistry beyond where we have gone so far. If you give that problem to a machine that has an understanding of electromagnetic waves and chemistry in a much deeper way, it can maybe develop a much better battery (…).

It’s a world where, just like a calculator helped us do math better and Google helped us find knowledge in a much more efficient way, this is a world where we would have access to intelligence on demand. (…) 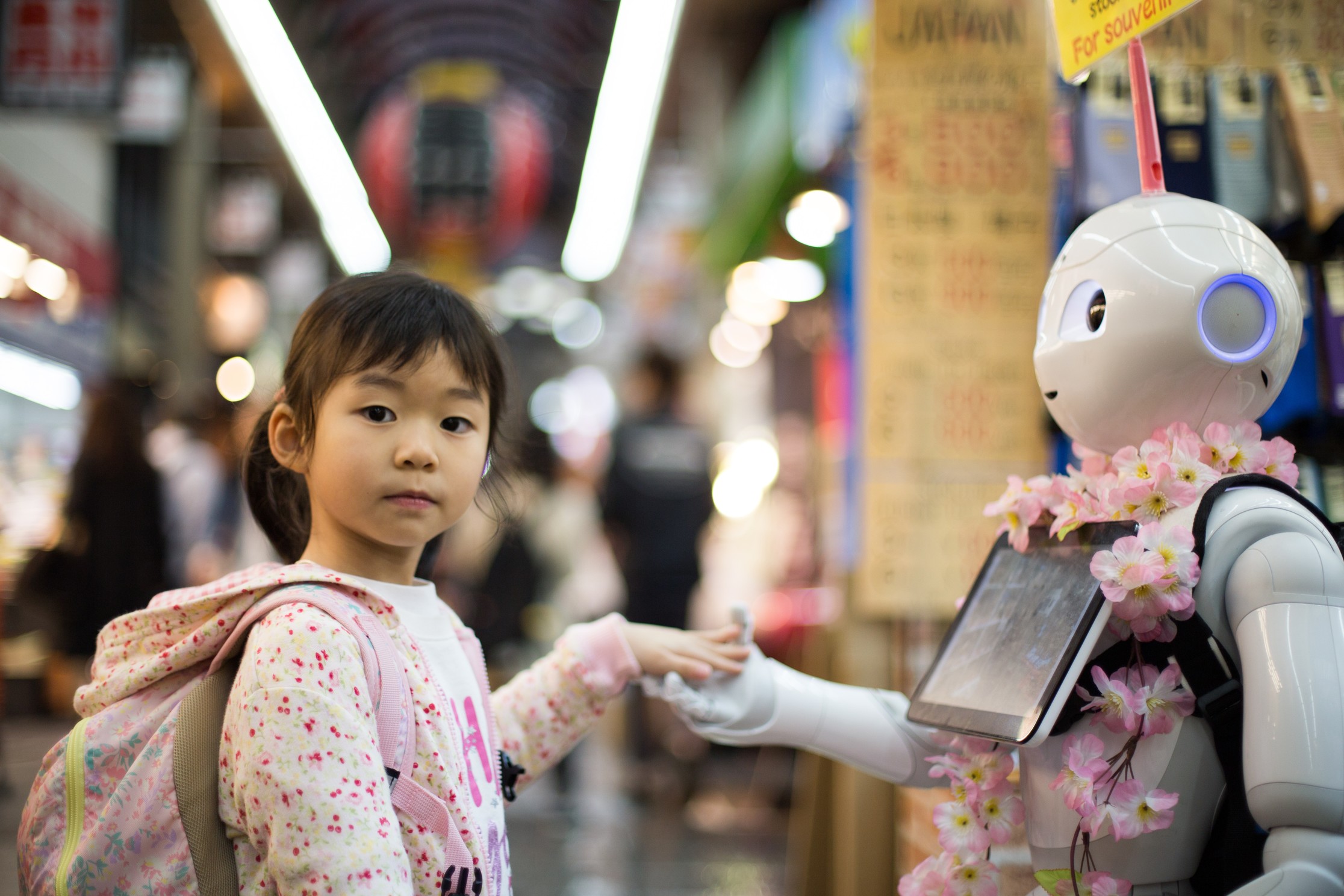 ITW: Stephen Hawking, Mark Zuckerberg, Elon Musk, Bill Gates, Warren Buffett… everybody is talking about AI…. There’s this doomsday scenario and then there’s the it’s all-good-for-us scenario. Where do you situate yourself within this discussion?

MG: Elon Musk and Stephen Hawking and others will actually look at AI and say, “That could be a doomsday scenario.” That’s the pessimistic way of looking at it. Ray Kurzweil would say, “I’m an optimist. We’ve managed to contain technology most of our life.”

This interview was conducted by Michael Sugarman and Thierry Daher, Positive Solutions, in January 2018.